Process Service Network specializes in process service in The Netherlands and has process servers in every area of the country, including Amsterdam. We are one of the few firms that handle international service of process and investigations and offer competitive rates. Our job is to cut through the bureaucracy and red tape to get the service completed with as little delay as possible. We have been in business since 1978 and have developed close working relationships with key individuals in most countries throughout the world. The founder and CEO of Process Service Network was a Political Science major in college with a focus on international relations and is actively involved in a worldwide organization through which he has developed business and personal relationships in over 80 nations worldwide. He is also an International Circle member of the World Affairs Council and an Associate Member of the American Bar Association (ABA).

The following is a summary of the methods available for service in The Netherlands as well as a specific proposal for process service.

Many countries are signatories to The Hague Service Convention (treaty) that governs service of process to be effected between participating nations; The Netherlands is one of them. Service may be made by formal service through the Central Authority which itself arranges for service by methods prescribed in that country.  Documents to be served in accordance with this method must be translated into the official language of the country where the documents will be served. The time frame can range from 2 to 6 months. Recent service took 2.5 months.

Private process servers may serve documents in most countries, whether a signer of The Hague Service Convention, or not. Service is normally handled in a manner similar to methods used in the United States, although completion of the service usually takes longer. Customs and traditions in The Netherlands tend to lead to a slower pace and less rigid work habits. Service sometimes may take several months but informal service is generally much faster than the formal method. Many process servers who we employ are off-duty police officers or other government officials who are able to, in certain cases, exercise their official capacity to complete the service. Since we pay the process server a bonus (at our own expense) for prompt service, the normal delays are usually reduced. Currently, the time frame for the completion of informal service is approximately 2 weeks.

Disadvantage: Judgment “may” not be enforceable in The Netherlands.

Service by Publication is an alternative to personal service when a defendant's address is not known.  Your court will require that you conduct a Due Diligence Search before issuing a court order allowing for service by publication.  We handle the entire process, including the due diligence search affidavit, and preparing the Application and Order for Publication.  We will provide all forms necessary for you to submit to your local court.  Once the Order is signed by the judge, we will publish the entire file for one low rate of $995.00 and provide Proof of Publication.

Most countries require the documents to be translated into the official language of the nation where they are to be served (in this case, Dutch). The U.S. State Department recommends translation, but it is not a requirement unless the formal method is used. It is possible, although rare, that a demurer could be filed based upon a lack of understanding by the defendant as to the nature and meaning of un-translated documents. We offer translation services at the rates quoted below. 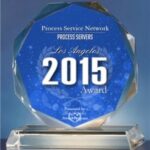