Our Northern Territory process server will handle your case promptly and efficiently.

Process Service Network serves legal documents in all countries of the world, including the International Service of Process in Northern Territory, Australia. Depending on your needs, we will serve your legal documents either through the Hague Service Convention, through our international network of private process servers, or by other appropriate process service methods, as allowed by law in Northern Territory, Australia (see below).

Process Service Network specializes in process service in Northern Territory, Australia and has process servers in every major city including Darwin and the surrounding communities.

Many countries are signatories to The Hague Service Convention (treaty) that governs the service of process to be effected between participating nations; Australia is one of them. Service may be made by formal service through the Central Authority which itself arranges for service by methods prescribed in that country. Documents to be served in accordance with this method must be translated into the official language of the country where the documents will be served. The time frame can range from 3 to 4 months.

Private process servers may serve documents in most countries, whether a signer of The Hague Service Convention or not. Service is normally handled in a manner similar to methods used in the United States, although completion of the service usually takes longer. Customs and traditions in Australia tend to lead to a slower pace and less rigid work habits. Service may take a month or longer, but informal service is usually faster than the formal method. Many process servers who we employ are off-duty police officers or other government officials who are able to, in certain cases, exercise their official capacity to complete the service. Since we pay the process server a bonus (at our own expense) for prompt service, the normal delays are usually reduced. Currently, the time frame for the completion of informal service is approximately 2 weeks.

Letters Rogatory is used for obtaining evidence or serving pleadings in countries that are not signers of the Hague Service Convention. They are a request from a court in the United States to a court in a foreign country requesting international judicial assistance related to service of process. This method is time consuming, cumbersome, and should be used only when other options are not available. The use of this method may result in habitual time delays of up to 1 year in the execution of requests. This method should only be used if no treaty is in force or if you are serving a Subpoena. 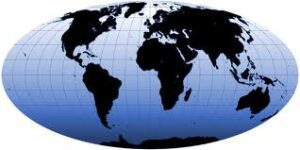